Who Do You Listen To?

The Word of God by its very nature as truth and from God demands to be heard and obeyed.  Jesus told the disciples that they need to meet Him in the mountain of Galilee and quickly instead Peter led the disciples to the sea of Tiberias to apparently resume their careers as fishermen.  Jesus comes to them at the sea despite their disobedience.  It is obvious that their disobedience has led to a night of failure in catching fish.  We know God can keep the fish out of the net just like He can put them in the net.  Chapter 21 reminds us how not listening to the Lord shows a lack of love for the Lord and His Word, John 14:23.  Peter had his classic confrontation with Jesus as a result of this disobedience by questioning his love for his Lord, John 21:13-15 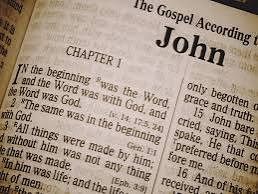 More in Gospel Of John

Do You Love Me?