IMPORTANT: STATE WIDE MANDATE ON WEARING MASKS IN PUBLIC PLACES AND WHERE YOU CANNOT PRACTICE SOCIAL DISTANCING  (BRING MASK IF YOU HAVE YOUR OWN).  THE CHURCH HAS A LIMITED SUPPLY.  CLICK HERE FOR CURRENT SERMON 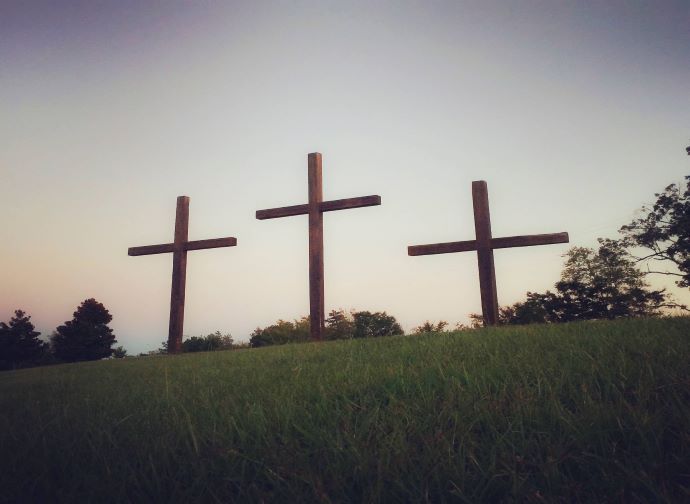 He predestined us to adoption as sons through Jesus Christ to Himself, according to the kind intention of His will, to the praise of the glory of His grace, which He freely bestowed on us in the Beloved. In Him we have redemption through His blood, the forgiveness of our trespasses, according to the riches of His grace

William R. Newell was born on May 22, 1868 in Savannah, Ohio. All who knew him considered him a “humble man”, this was not how his life began.

Dr. Torrey, while president of Moody Bible Institute told the following story.  “When I was president of the Moody Bible Institute, I received a letter from a very concerned pastor who told me of a son who was causing himself and his family a great deal of trouble. His life was really mixed up. And the father felt that attendance at Moody would help. I advised the father that even though I sympathized with him, for I was a father; yet, because I was running a Bible school and not a reform school, I had to deny his request. After many letters of pleading his cause, I finally gave in with the stipulation that the rebellious teen must see me each day and make every effort to abide by the rules and requirements of the Institute.”

“Torrey went on to say that the boy faithfully visited his office each day; and with wisdom from God’s word, he answered the questions that had been keeping the boy from God. Finally, after many months of counseling, the prayers of the boy’s father were answered.”

That young man was William R. Newell.  Newell eventually became a minister and later returned to Moody Bible Institute as a teacher.

William Newell was best known as a Bible teacher, commentator, pastor, and professor, not as a hymn writer. Yet while on his way to teach a class at Moody Bible Institute one day, the words of this hymn began to form in his mind. He didn’t want to forget these ideas, so he scribbled them down on a back of a used envelope. A few minutes later he gave the words to Daniel B. Towner, the director of music at Moody.  Within an hour Towner had composed music for them.

William J Peterson stated this in a devotional written on this hymn; “The first three stanzas tell the testimony of the Christian; the final stanza praised God for the greatness of divine love, the depth of grace, and the breadth of mercy. Since Newell is best known for a commentary on the book of Romans, it is no surprise that the last stanza bears a resemblance to Romans 11:33, “Oh, the depth of the riches of the wisdom and knowledge of God!”

Calvary can be discussed theologically and examined biblically, but sometimes it is best to do what Dr. Newell did—simply marvel at it!”

1 Years I spent in vanity and pride, caring not my Lord was crucified, knowing not it was for me He died on Calvary.

Refrain: Mercy there was great, and grace was free; pardon there was multiplied to me; there my burdened soul found liberty at Calvary.

2 By God's Word at last my sin I learned; then I trembled at the law I'd spurned, till my guilty soul imploring turned to Calvary. [Refrain]

3 Now I've given to Jesus everything, now I gladly own Him as my King, now my raptured soul can only sing of Calvary. [Refrain]

4 Oh, the love that drew salvation's plan! Oh, the grace that brought it down to man! Oh, the mighty gulf that God did span at Calvary. [Refrain]

See how great a love the Father has bestowed on us, that we would be called children of God; and such we are. For this reason the world does not know us, because it did not know Him.

[1] Information for this post was taken from articles by Diana L. Matthews and The One Year Book of Hymns Devotions written by William J. Peterson[1]